For a long time, we at Akubo have mostly catered to nonprofits, having grown from an in-house project at a local NGO ourselves. A few software revisions later, the platform has since been used by businesses, schools, and even solo customers. This year, Akubo takes a step forward with the recent launch of a new project: Kampanya.ph.

A Different Kind of Akubo

Kampanya is simple: it’s software for better political campaign management — an endeavor that local aspiring leaders and incumbents currently face as the 2016 Philippine election season approaches. Taking the core of Akubo’s structure, Kampanya lets candidates build a centralized database for everyone that matters, from staff to voters, and every detail that counts, like phone calls, cashflow, and events.

While it was officially launched on October 12, 2015, the idea for Kampanya started as early as 2000. During the past United States’ presidential elections, Robin Abello, founder of Akubo, noted how many candidates, especially President Barack Obama, invested in digital tools. Obama’s team built their own platform where they linked all lists of donors, voters, and volunteers into one database. Data they collected from polls, social media, and field workers were also merged, allowing them to organize and track everything they needed.

“I thought this was something that modern politicians will be doing even in the Philippines. We thought of a name, and Kampanya was perfect,” Abello says, referring to the Filipino term for campaign.

However, with Akubo still a growing startup company back then, Kampanya stayed in the background for a while. It was only sometime in 2012 that Abello and his team seriously considered the idea again.

“We missed the 2013 general elections in the Philippines,” Abello says regarding the product target launch, “but this year, we finally decided we needed to do it.” With the next Philippine presidential elections scheduled to be on May 9, 2016, the campaign period officially started last October.

Akubo has long desired to somehow participate in the elections through technology. Abello shares, “Kampanya is our way or participating in the growth of our country’s democracy and we hope to help many promising candidates fulfill their dreams for their communities.”

Kampanya will hold an open house every other Wednesday, starting November 25, 2015, to give free demos and open discussion.

Interested candidates may come, or send their representative, assistant, or even IT personnel, at any time between 9 AM to 5 PM, to the Akubo Office, 2nd Floor Gomez Building, Burgos Avenue corner B.S. Aquino Drive, Bacolod City.

Proudly an all-Filipino CRM, Akubo is committed to help you raise the resources you need to meet your targets. 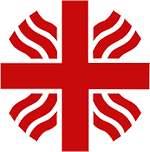 Akubo has helped us centralize our data into one simple, user-friendly web-based repository. It's proudly Pinoy too - Fr. Anton Pascual, Caritas Manila