Alright, you determined your purpose for the campaign, and you have this desired outcome… Now you ask: How can I make my social media campaign stand out from the rest of campaigns being released every minute of the day? These 3 simple C’s can work for you today!

Probably you might have heard that in order to get an engaging and real content for your social media campaign, you must ask your customers. I bet you should, for one reason that your brand/ product users can tell a better story about their first-hand experience on how good it is. Nowadays, it is a big things when a hashtag becomes trending, it means that the people globally are talking about that certain thing/event real-time! When Five Guys restaurant introduced milkshakes in their menu, they popularized the #ShakeYourShake hashtag and have the customers share their experience on their new product.

So you better take advantage and create an official hashtag to track social conversations on Twitter and Facebook. Naturally, customers would want to tag your brand, so your hashtag should be easy to spell and remember.

Let go of your hesitations and let your customers have some sense of humor through your pictures. Why not experiment on animated GIFs, or a short funny comics (who doesn’t love comic strips anyway?), or even a meme that would generate a chain of shares in the internet?

An example of a popular animated GIF campaign was that of sandwich shop Subway’s January promotion special where customers can choose any sandwich for $5, creating the hashtag #Januany.

Clear Channel pulled off their media campaign through this meme run by British media company Virgin Media in February 2012. 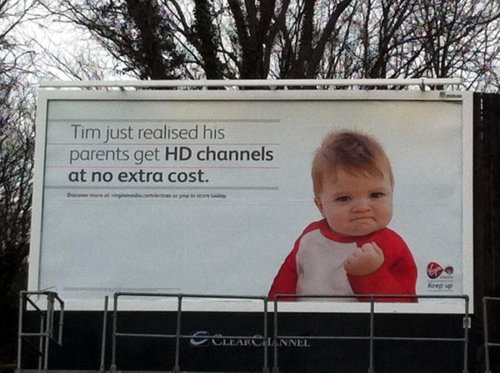 While this comic strip produced by Scott McCloud successfully campaigned the features of Chrome Browser apart from its rivals. 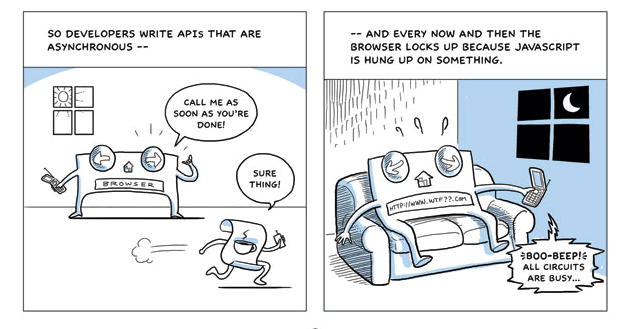 Perhaps, you can let your customers decide this time, which photo should be featured in your next magazine ad. This works both ways because the customers take photos of your product through their smartphones, share it, make it popular, while you give their shot the opportunity to be in the magazine. See how your campaign stand out from the pool of massive social media campaigns every day by using a visually engaging content!

People are most inclined to be a part of a good cause, something that they could say “I took part with that event!” or “I was there!” You may organize a social media donate-a-thon by asking followers to retweet or share a piece of content – donate a fixed amount of money per retweet / share.

This simple social media campaign of Tapulanga Foundation’s Project 800 is one example of making the supporters feel that they are a part of something big by donating. 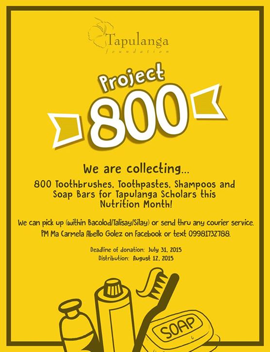 You have to encourage creativity and good content in your team in order to create a campaign that can become social. Well, it’s your time to get these 3 C’s working for you.

This article was written by Kareen Defensor.
Kareen is the team’s communications and research assistant who also works on Akubo’s other projects, including a new, growing resource portal for local nonprofits called NGO:PH.